This article is by former Dingerball author Carmen Ciardiello

Mathis’ exploits as a catcher have allowed him to stay on the field throughout his career. He has been worth 132.8 runs of value over the course of his career (per FanGraphs). However, one may argue that his defensive ability is not where he has warranted consistent playing time for over a decade. Despite his defensive ability, he has been worth 3.6 fWAR in his career. This is just about 0.8 WAR per 650 plate appearances, barely above replacement level performance with a starting level player number of plate appearances. When you account for the fact that catchers play less than the other positions around the diamond, the rate of value provided is even worse. Taking the catcher with the 15th most plate appearances in 2019 (as a proxy for an average starter) and you get 0.48 WAR over the course of a full season’s worth of a starting catcher’s workload. And this quick arithmetic is based on his career average of WAR per plate appearance, not adjusted for age. Last year Mathis was worth -2.1 WAR over just 244 plate appearances.

So, as I said from the jump, Jeff Mathis has demonstrated repeatedly that he is not a great major league hitter. Thus, his Depth Charts wOBA projection (via FanGraphs) for the 2020 season is just 0.233, the lowest of any regular position player. The projection, however, is just the most likely value in his entire distribution of expected outcomes. Projection systems try to pinpoint a player’s “true talent”. But we know that given a player’s statistics in a given season, game, or plate appearance is just one value of many possibilities. What I looked to tackle is how often, if we simulated Mathis’ 2020 season repeatedly, would he be an average hitter, a feat he has yet to accomplish in his career. Last year, the league average for non-pitcher wOBA was 0.325. I simulated 211 Jeff Mathis plate appearances (his projected playing time by the Depth Charts projections over at FanGraphs) 10,000 times. I yielded the following results: 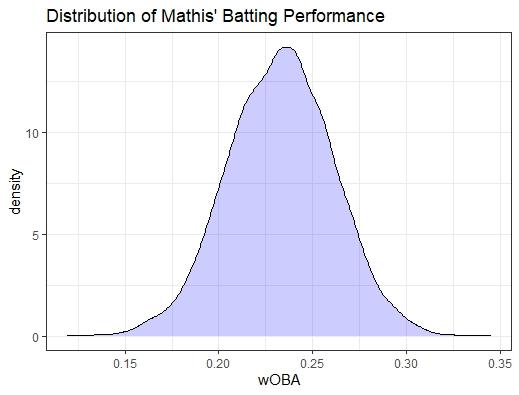 But where does his projection and league average fall on this distribution? 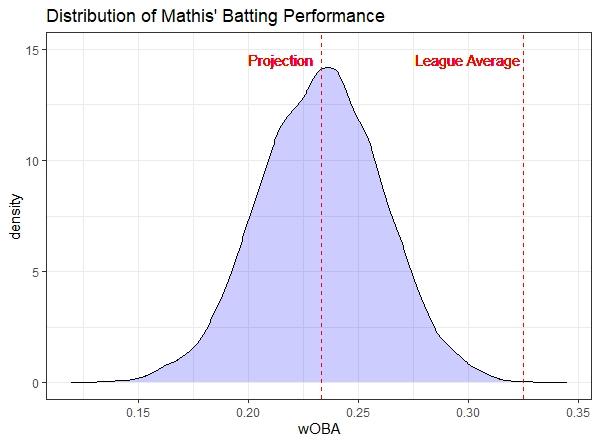 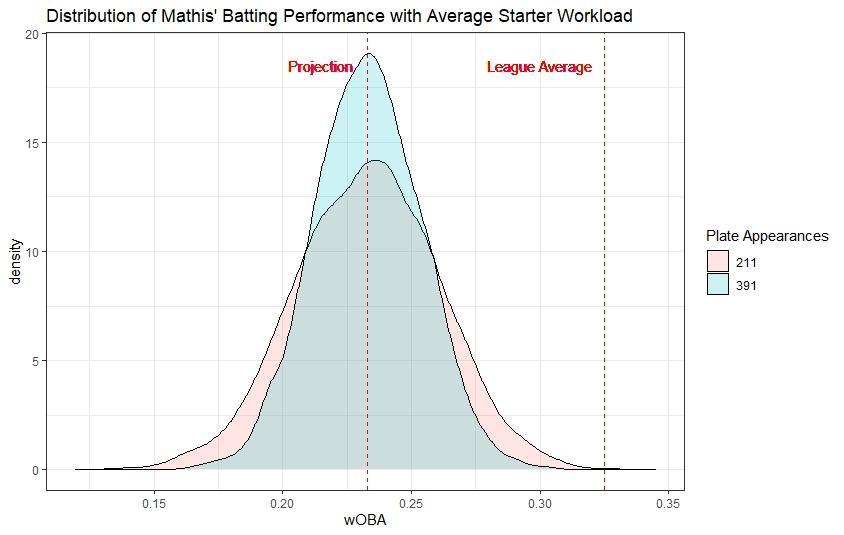 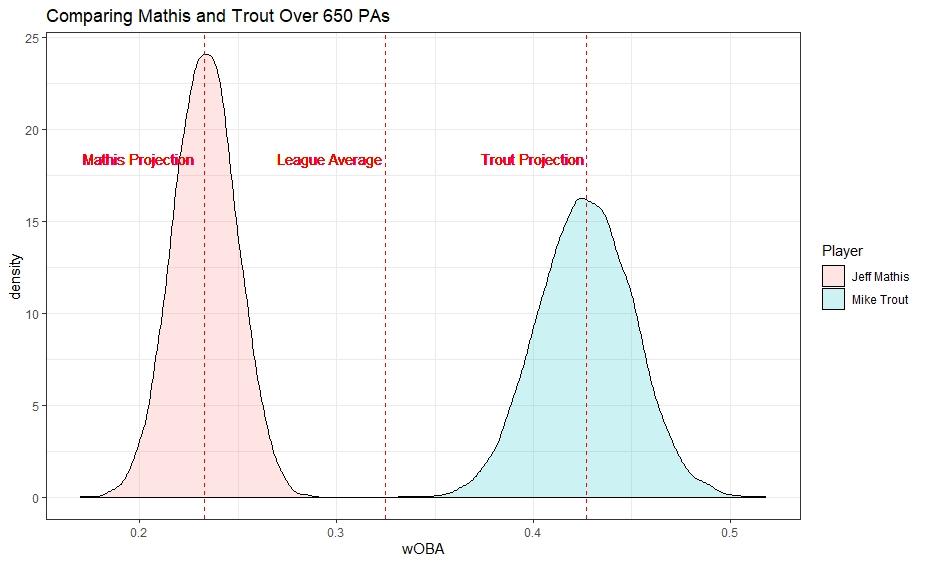 So, Jeff Mathis is not as prolific a hitter as Mike Trout. Who would have known? All joking aside, my main takeaway is that for as poor a hitter as Jeff Mathis has been throughout his career, given few enough plate appearances, he can post a league-average batting line. This should give some insight into the difference between talent or a projection versus the range of possible outcomes. Would Jeff Mathis be a league-average hitter over 211 plate appearances? The answer, as strange as it sounds, is possibly.